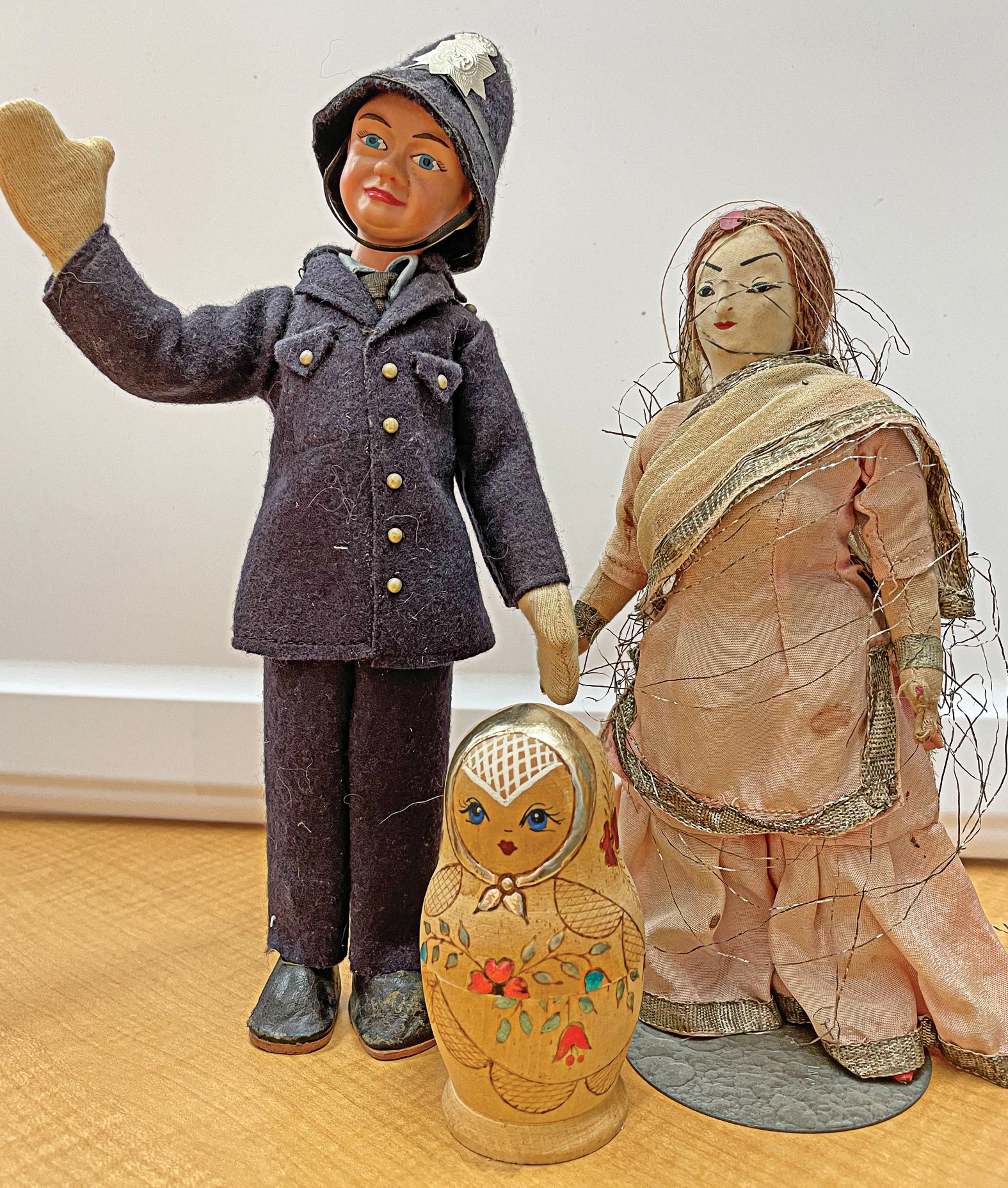 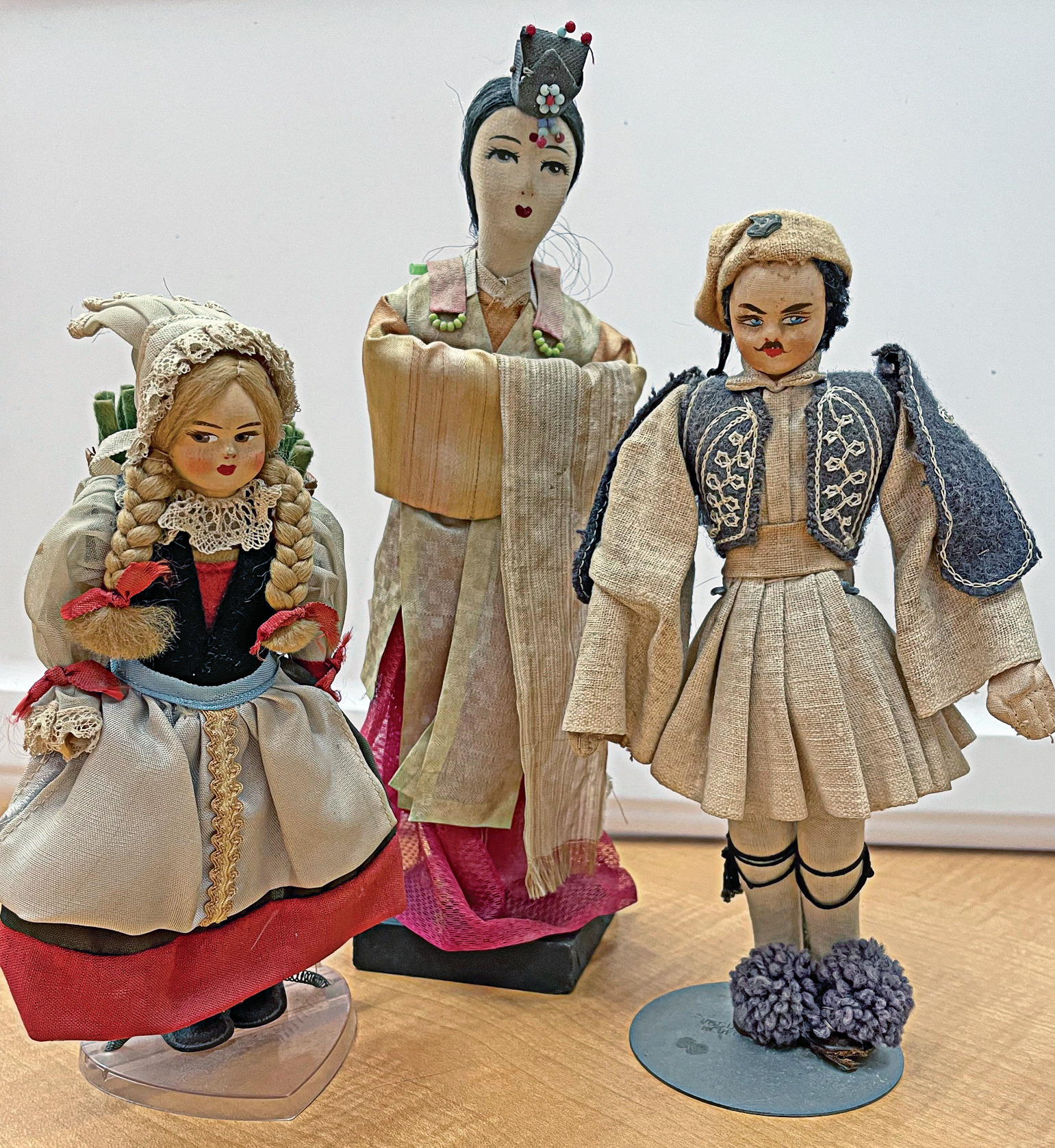 WEST AKRON – Growing up in Akron, Leah Holden never imagined that her collection of nearly 50 international dolls would one day make an impact on today’s young learners.
Holden, a former student of Portage Path and Case Elementary Schools, Litchfield Middle School and Buchtel High School, was recently preparing to move to a new home in Akron when she came across her collection.
Holden said that in the 1950s her parents signed her up for a doll of the month club and that she received a doll from a different country each month and wore the traditional costume of that culture. In addition, his father worked for Goodyear Tire and Rubber Co., and when his colleagues traveled abroad, they often brought back a doll for his collection. Her mother also traveled abroad and brought back dolls for her.
Holden’s collection includes dolls from all continents except Antarctica, and she said her favorites are a pair from Iraq. The female figure is dressed in fancy silky clothes and the male wears a woolen jacket and carries a shiny aluminum sword in his belt.
â€œBeing exposed to dolls from different countries very early on gave me a sense of diversity in the world and I became more interested in traveling myself,â€ she said. “For a long time, I thought about finding a house for the dolls so that other people could see them.”
Holden, who retired from disability services work, volunteered in the Resnik Community Learning Center preschool program last summer and noticed French phrases on bulletin boards and signs around from school. As an International Baccalaureate (IB) school, primary students in Resnik are learning French as a foreign language, and Holden said this gave him the idea that Resnik could be a good home for his collection. She emailed Resnik principal Kristen Booth, who contacted Lori Wammes, the school’s IB coordinator.
â€œI contacted her and was very excited to receive the dolls,â€ Wammes said, adding that shortly after Holden dropped off a plastic jar of dolls, each labeled with their country of origin.
â€œIt was a great opportunity to cut down on possessions,â€ Holden said of the donation.
As part of the IB curriculum, second year students at Resnik learn how sharing cultures can lead to understanding and appreciation of others. Each year, students present a one-day â€œArtifact Museumâ€ and share historical photographs and family treasures. Grade 3 students learn about the feelings and ideas of various cultural groups.
Wammes said the goal of the IB school is to have an ‘international openness’ and not only to learn what people in other countries wear and eat, but also to accept. their differences and learn from each other.
â€œWe teach them not only to look at themselves in the mirror, but also out the window,â€ she said. “The dolls are a good start.”
Holden said some of the donated dolls are old and fragile, but “handed over carefully, they will be fine.”
â€œIt’s a big world and a diverse world,â€ she said. â€œOther cultures are beautiful, and it’s a beauty that we can appreciate and appreciate. I am happy [the collection] was received with such enthusiasm and the school came up with ideas for using the dolls creatively.
Wammes said that in addition to using them in the second and third grade classes, the school will rotate the dolls in a display case for the enjoyment of all students and staff.
Resnik officials said they are always looking for community members to be real-world resources and share their interests, hobbies and collections with students, whether in person or virtually. For more information, email Wammes at [email protected]

Please support Leader Publications as we continue to provide the community with local news.

Click on the link below for more information on our 2020 voluntary subscription campaign!